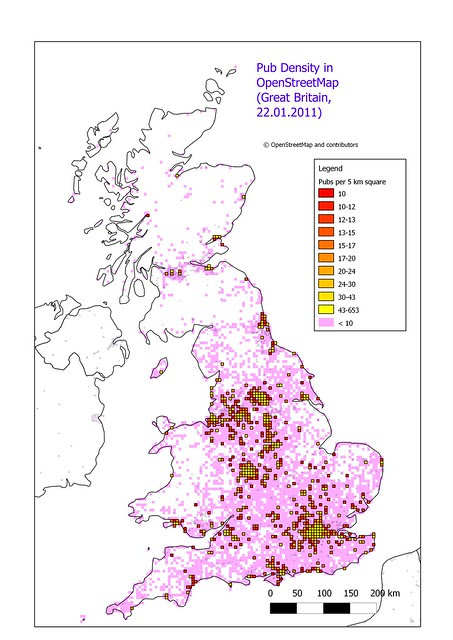 Originally uploaded by SK53 OSM
OpenStreetMap data for Great Britain were downloaded from Geofabrik on 22 Jan. 2011, uploaded to a PostGIS database using osm2pgsql. Nodes and Ways tagged with amenity=pub were assigned to centroids of 5 km square grid based on the Ordnance Survey National Grid and the number of pubs in each square counted.

Pub density is obviously population dependant, but on OSM it is also a likely indication of ground survey (named pubs even more so). It is unlikely that many 5km squares in England actually lack pubs, so gaps in the background probably indicate poorly surveyed areas. More on this anon.
Posted by SK53-osm at 17:24